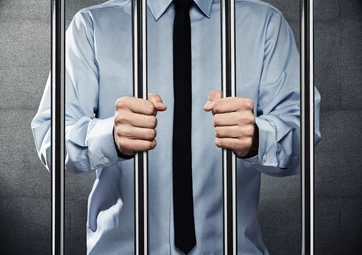 WHS Industrial Manslaughter Legislation. Yes, you can be sent to jail!

Industrial manslaughter laws are in effect in QLD, VIC, ACT, NT and WA, with NSW and SA likely introducing these laws during 2022. As a result, understanding and acting upon your health and safety duties under the legislation is vital in protecting the risk of you personally being sent to jail.

On 25 March 2022, Jeffrey Owen, the owner of Owen’s Electric Rewinds, was convicted of industrial manslaughter. The charge was made following the death of a volunteer worker on 3 July 2019 at Owen’s Electric Rewinds in QLD. The worker suffered fatal injuries after being struck by a portable generator that was being unloaded by forklift which flipped over when it was overloaded by Jeffrey Owen who was driving the forklift without a forklift licence. Additionally, the business had an absence of any safety system being in place. He was sentenced to 5 years’ imprisonment and put into custody immediately following the sentence. He was lucky he was not given the maximum sentence which could have been 20 years in jail.

This case is a warning as to what could happen to those individuals considered to be a person conducting a business or undertaking (PCBU) (most business owners) when they are not pro-active and diligent in fulfilling their health and safety duties.

In a further case that occurred in 2016 a worker tragically died as a result of a crane accident. RAR Cranes were responsible for the provision of mobile crane services at the Multiplex construction site at the University of Canberra Hospital. On the day the worker died, a crane operator was shifting a generator to a new position. The crane was overloaded, and it toppled striking and killing the worker. RAR Cranes had not provided the crane operator with information, training or instruction on how to safely operate the crane. Both Multiplex and RAR Cranes were prosecuted. The owner of RAR Cranes was sentenced to 12 months in prison and received a $300,000 fine. In this case the sentence was suspended due to good behaviour. Multiplex was also fined $150,000.

Under WHS legislation the PCBU’s primary duty includes ensuring, so far as is reasonably practicable:

These duties are not something that can simply be delegated to another person as our third example demonstrates. In this case an employer in NSW was convicted of two safety offences after an incident where a worker’s hand was crushed by a press in 2019. A fine of $147,000 was issued along with a direction to pay costs of $46,000. In this case a risk assessment to assess hazards and introduce appropriate controls to eliminate risk was not conducted. Instead, it chose to rely on an employee who had previous expression with the press to manage the risks and hazards. On one occasion an inexperienced worker was required to operate the press. There were no safety guards in place. The workers chair slipped, his foot hit the unguarded pedal and his right hand was crushed resulting in a partial amputation.

Business 360 can assist you in setting up or reviewing your WHS management system including gap analysis, workplace inspection, policy and procedure development and induction training to your safety system for all your employees to minimise safety risks and best place your business in the event of an accident.