CAN AN EMPLOYEE WITHDRAW THEIR RESIGNATION? 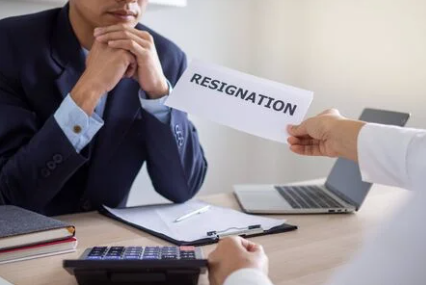 04 May CAN AN EMPLOYEE WITHDRAW THEIR RESIGNATION?

Many clients ask us this question and the answer in most cases is no. Under common law principles, when notice of resignation has been given, it cannot simply be withdrawn unless the employee gave notice in what is known as a “heat of the moment” situation. In this case, the resignation must be withdrawn immediately after the heat has dissipated. In many “heat of the moment” situations, the resignation has likely been given verbally or perhaps through a text message.

When a written resignation with notice has been provided, it is much more likely that the employee considered their decision thoroughly before preparing the written letter of resignation and not a case of a “heat of the moment” situation. In this case, a resignation cannot be unilaterally rescinded. That said, an employer can allow an employee to rescind their resignation if they so choose.

Where there could be uncertainty over an employee’s intention to resign, particularly in the aftermath of a “heat of the moment” resignation being provided, there is potential for the employee to later lodge an unfair dismissal claim.

A recent example of what can happen is Rodney Harvey v Valentine Hydrotherapy Pools Inc [2021] FWC 3373 (10 June 2021). This unfair dismissal case involved an employee who had a history of having a strained relationship with the employer’s management committee. Following a dispute over the payment of an alleged underpayment of wages, the employee said he was resigning and would be handing in his notice the next day. The employee, however, turned up to work the next day and did not provide written notice nor give any intention that he would be resigning. Prior to the employee commencing the shift, the employer had sent an email to the employee advising his resignation had been accepted. Based on these facts and after a thorough examination of the events that gave rise to the employee making such a statement to his employer, it was found that the employer, when “accepting the resignation”, had, in fact, terminated the employment relationship at the employer’s initiative. The dismissal was found to be both harsh and unreasonable, with the employee being awarded compensation of $2,778.21, equivalent to four weeks of the employee’s wages.

Where circumstances are uncertain, Business 360 recommends taking the following steps:

We recommend all resignations be accepted in writing, “heat of the moment” or otherwise, to avoid a potential dispute, especially when an employee’s resignation is considered as gladly accepted.