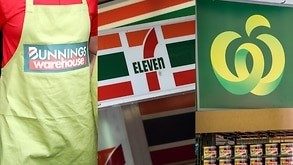 Posted at 05:29h in Business, Uncategorized by busines0
Share

A national ‘wage scandal crisis’ is what the media and unions are calling it.

Employers beware – Wage underpayment is a massive problem in Australia. You must be sure that you are paying the right wages.

Australian businesses are forced to wrestle with one of the world’s most complicated wage systems.

Are you sure that you’re paying the right wages? The cost of getting wages wrong is extreme and business reputations can be destroyed.

Companies have been urged to audit their payroll systems after Woolworths joined a growing line of Australian employers revealing they have massively underpaid workers.

The supermarket giant discovered it had underpaid nearly 6000 staff members as much as $300 million since 2010 after a review of its latest enterprise agreement.

Woolworths also had identified a cohort of salaried employees who were worse off than they would have been under the retail industry award.

Tracy Angwin, chief executive of the Australian Payroll Association said company boards needed to take a greater interest in ensuring payroll compliance audits were done by qualified staff to address both underpayment and overpayment of staff.

“We are seeing a trend of boards of directors starting to look at payroll as an area of risk. But it’s probably not happening fast enough and we will see many more of these stories in the coming months.”

She said up to 90 per cent of people working in payroll offices were not properly qualified.

“The problem is that, if a big employer like Woolworths can’t get it right, the chances that someone who is working at the checkout or as a manager [getting it right] are low because of the complexity of the award. So many things contribute to underpayment that it is almost impossible for a worker to work it out themselves.”

Shop, Distributive and Allied Employees’ Association national secretary Gerard Dwyer, who represents Woolworths staff, said “Board level interest in payroll compliance audits, and getting qualified staff to do it, would go a long way to fixing these problems”

Fair Work Ombudsman Sandra Parker said she was shocked at the Woolworths underpayment and said she would take the underpayment issue up with company boards around the country.

“Because frankly that is the level within organisations that should be taking an active leadership role on this issue, and seeking assurance about compliance from executive managers,” she said.

Industrial Relations Minister Christian Porter said “There are no valid reasons for failing to meet their legal obligations”.

Former Fair Work Ombudsman Natalie James, said “employers need to be aware that annualised salary arrangements were not legal if they were not aligned with an underlying industry award or enterprise agreement and actual hours of work. I would urge any business to review this if they haven’t done this recently” she said.

To avoid any penalties for non-compliance – It’s now time for companies to Be aware, Be Prepared and Be Proactive and to have your award conditions and wages checked to ensure your employees entitlements are correct.

Ask yourself these questions:

In the last 12-months have I checked and reviewed our:

If you are unsure about any of these or would like the chance to double check, now is the time!

Reserve a time to confidentially speak with Business 360 around your questions.

Business 360 can provide an Award, Pay, Entitlement and Employment Document review, to provide you with an assessment and recommendations.